COOS COUNTY, Ore. (WSIL) — A sheriff’s K-9 who ended up with a mouthful quills from a porcupine while in pursuit of a suspect is recovering well.

The Coos County Sheriff’s Office shared new pictures showing Odin the dog with all the quills removed and included a note from the K9 thanking everyone for their thoughts and prayers.

Feeling great today!! Back to work later this week! Thanks for all the thoughts and prayers!!!

(ABC NEWS) — A sheriff’s K-9 was punctured by hundreds of porcupine quills while pursuing a suspect in Oregon over the weekend.

The Coos County Sheriff’s Office deployed the dog, named Odin, in the Barview area on Saturday evening to track down a man wanted on several felony charges and who’d fled a deputy on foot.

While on the path, Odin encountered a porcupine and was pierced by more than 200 quills, according to the sheriff’s office. 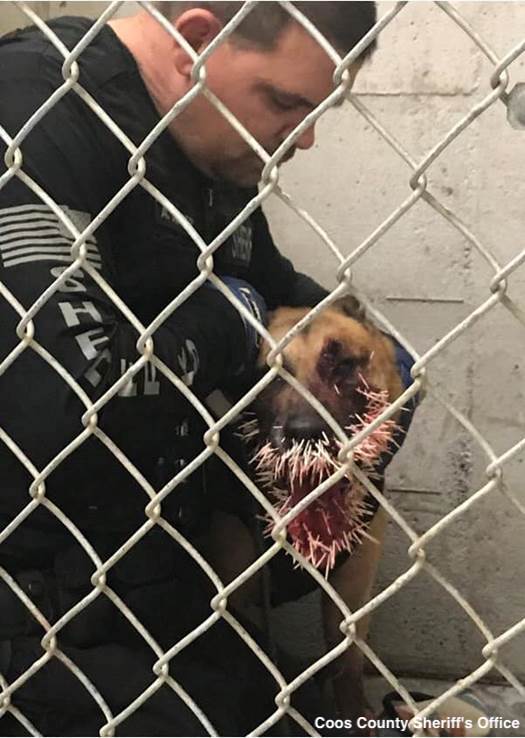 The pursuit was immediately suspended and the dog was rushed to Hansen-Meekins Animal Hospital in Coos Bay, where he was sedated and treated for more than two hours, according to the sheriff’s office.

Photos released by the sheriff’s office show Odin with the white quills covering his mouth and front paws. Several of the quills went inside the dog’s mouth and near his left eye. 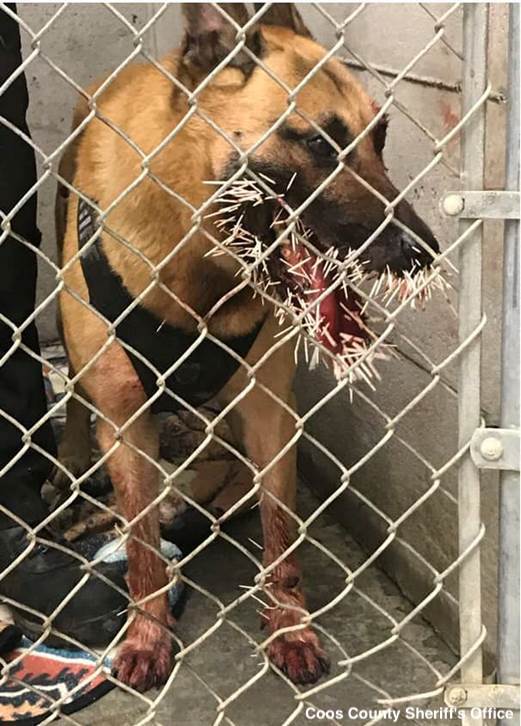 "The sheriff’s office would like to offer thanks to the staff at Hansen-Meekins for their dedication and professional care, as well as to the public for the outpouring of support for K-9 Odin," the sheriff’s office said in a statement Monday.

The suspect, identified as 29-year-old Devin Wilson of Coos Bay, remained at large.