WSIL — After a recent rash of scares at local schools, administrators want more money to beef up security.

In the past week, four area schools have had incidents involving threats or students being removed from campus.

The money was used for metal detectors, resource officers and security cameras.

Other superintendents are struggling to come up with a plan to make their schools safer while not cutting into their budget.

Superintendent of Frankfort Community Unit School District Matt Donkin is worried about what is the new normal.

"We just expect to hear these things more often," Donkin said. "We have told students, if you hear something, say something."

The school district released a statement on Friday regarding an incident that involved removing a student. 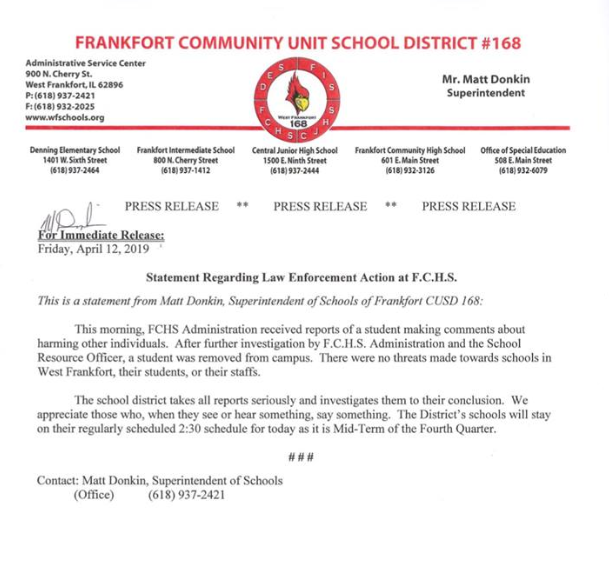 "We investigated it, looked into it and made a determination that the student had nothing on campus and the threats were not made toward anything in our school district," Donkin said.

Frankfort Community Unit School District was one of four incidents at schools in our area in the past week. 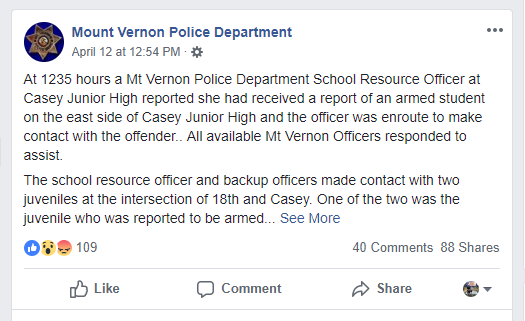 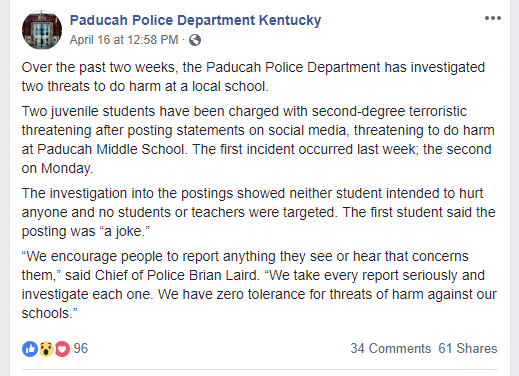 No one was hurt at any of these schools.

"There’s not one solid fix and I don’t think there ever will be on something like this," Donkin said.

Psychologist Dr. Naeem Qureshi said most of his patients who are children are dealing with bullying at school.

"I think we are seeing more because we have a more violent society," Qureshi said. "These kids start punishing themselves and start having a negative feeling about themselves."

Dr. Qureshi recommends all parents get to know their kid, pay attention to differences and make sure to resolve any issues.

For school leaders like Donkin, their concern is how to pay for safety measures like metal detectors and more resource officers, so they can avoid tragedy.

"But figuring out how to sustain these efforts and fund these efforts, that’s where the challenge is for all of us," Donkin said.

Donkin said he plans for his district to apply.