CARBONDALE (WSIL) — The Dotson family was all smiles on Tuesday just moments after seven-year-old Patrice was released from Carbondale Memorial Hospital.

Patrice went missing Monday evening and Sincearae said she couldn’t be more relieved to have her daughter back.

And she’s thankful for all the help she and her family received.

Sincearae said she isn’t sure how her daughter ended up miles away in a heavily wooded area.

"I don’t know really locations, I just know (police) drove me. They drove me. I told them to get there as fast as they can," Sincearae said. "It was far. It was deep into the woods and no way she would’ve gotten there on her own."

The family just couldn’t wait to go back home.

CARBONDALE (WSIL) —  Carbondale Police say 7-year-old Patrice Dotson was treated and released from the Memorial Hospital of Carbondale. The girl was found around 1:45 p.m. Tuesday after going missing Monday at 6:00 p.m. She was found approximately two miles from where she was last seen.

The investigation is active and remains ongoing.

In addition to the community members who volunteered and businesses who donated items that greatly assisted the search efforts, the Carbondale Police Department would like to thank the following:

CARBONDALE (WSIL) — The maternal grandfather of Patrice Dotson wants to say ‘Thank you!’ to everyone in the Carbondale community who jumped in to help in the search efforts.

Willie Dotson says he and his wife, Barbara, drove in from Chicago last night, arriving at 2 a.m. When they got into town, he says there were 50 volunteers helping to search for his granddaughter, Patrice.

The 7-year-old girl was missing for nearly 20 hours and is currently in the hospital being checked out with her mother.

CARBONDALE (WSIL) — A News 3 viewer sent us this picture of Patrice once she arrived at Memorial Hospital in Carbondale. The viewer, Sophia Ramirez tells News 3 the little girl waved at the people who were waiting for her to arrive. 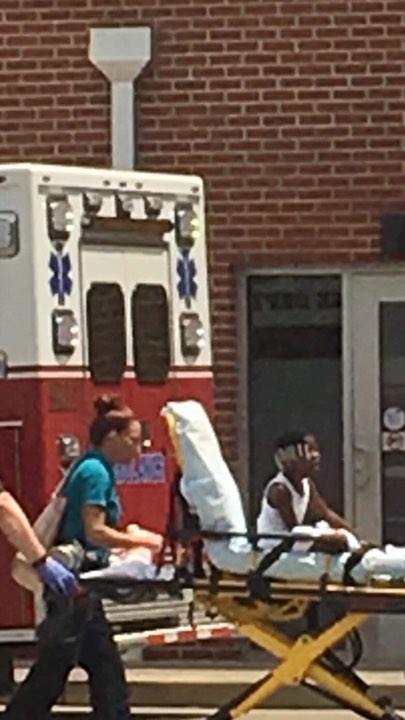 CARBONDALE (WSIL) — SIH confirms that Patrice is being checked out at Carbondale Memorial Hospital with her mother.

The family is asking for privacy at this time, but say they will speak later today.

Carbondale Police say Patrice was recovered by Carbondale City Employees involved in the search around 1:45 p.m. in the 1500 block of North Marion Street extension in Carbondale. That is about 2 miles from where she went missing at 6:00 p.m. Monday in the 600 block of W. Cherry St.

Patrice was reunited with her family and then transported to Memorial Hospital of Carbondale to verify her well-being.

The investigation is continuing and ongoing.

CARBONDALE (WSIL) — Patrice Dotson has been found alive in the 1500 block of North Marion extension in Carbondale. We are on the scene gathering more information and will update this story when we get it.

Randy Mathis, Community Resource Officer for Carbondale Police says, "We do have state and federal agencies also involved in the search as we speak."

Mathis also says that the Carbondale Police department is putting every resource it can, and adds that the surrounding law enforcement community is also helping.

Carbondale Police say there are local, state, and federal agencies involved in the search. Family members tell News 3 they have been told this case does not meet the threshold for an Amber Alert.

According to the Amber Alert website, officials must believe that the child has been abducted before an Amber Alert can be activated.

If you have any information about this missing little girl, call Carbondale Police at (618) 457-3200.

(WSIL) — You can watch Brooke Schyler’s update from the scene of the search below.

(WSIL) — WSIL will bring you a live update on the search for Patrice Dotson at Noon today.

We will cut into regular programming for the special coverage.

Stay with News 3 for updates.

Again anyone who has seen the girl is asked to call Carbondale Police.

Carbondale Police say Patrice walks with a pronounced limp and has a large blemish on the left side of her nose.

Police also say Patrice has a mental development disability and is sometimes non-verbal.

Dotson’s grandparents arrived early Tuesday morning from Chicago and they say the family is offering a $5,000 reward for information on her whereabouts.

Dotson is described as about 4’0” tall, weighing about 70 pounds, with brown eyes and braided black hair with multi-colored beads. She was last seen wearing gray shorts, a white tee shirt, and pink shoes.

Dotson is believed to be in the Carbondale area on foot.