DECATUR (WSIL) — The Nashville Hornets will play for the 2A state championship after defeating Decatur-St. Teresa.

The Bulldogs were up 14-7 after the first quarter, but the Hornets took over, leading 21-14 at the half and scoring twice more in the fourth for a final of 35-21.

The Hornets will take on Sterling Newman Central Catholic Friday at Huskie Stadium in DeKalb.

What a day for the Hornets! #south #ihsa #whatafeeling ?????? pic.twitter.com/8gPD1t8uPi

Congratulations Nashville Hornets on advancing to the 2A @IHSAState Football Championship game at Huskie Stadium! Looking forward to welcoming @NCHSAthleticsAD, students and fans to #DestinationDeKalb next Friday! https://t.co/iimqbBQrDE 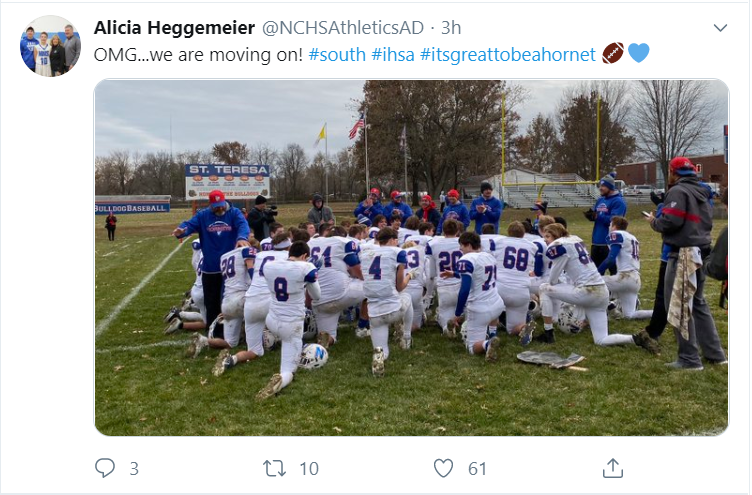