(CNN) — Border officials busted a driver trying to smuggle bologna in from Mexico.

Officials questioned a man at a crossing in El Paso after noticing red rolls behind his seat.

The driver told officers it was turkey ham, but an exam revealed it was bologna. Pork is prohibited because it can introduce disease into the U.S. pork industry.

A press release from the Customs and Border Protection Office says the Mexican bologna was destroyed.

The driver was released. 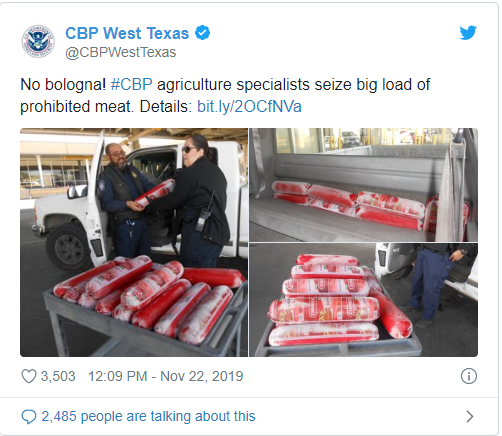